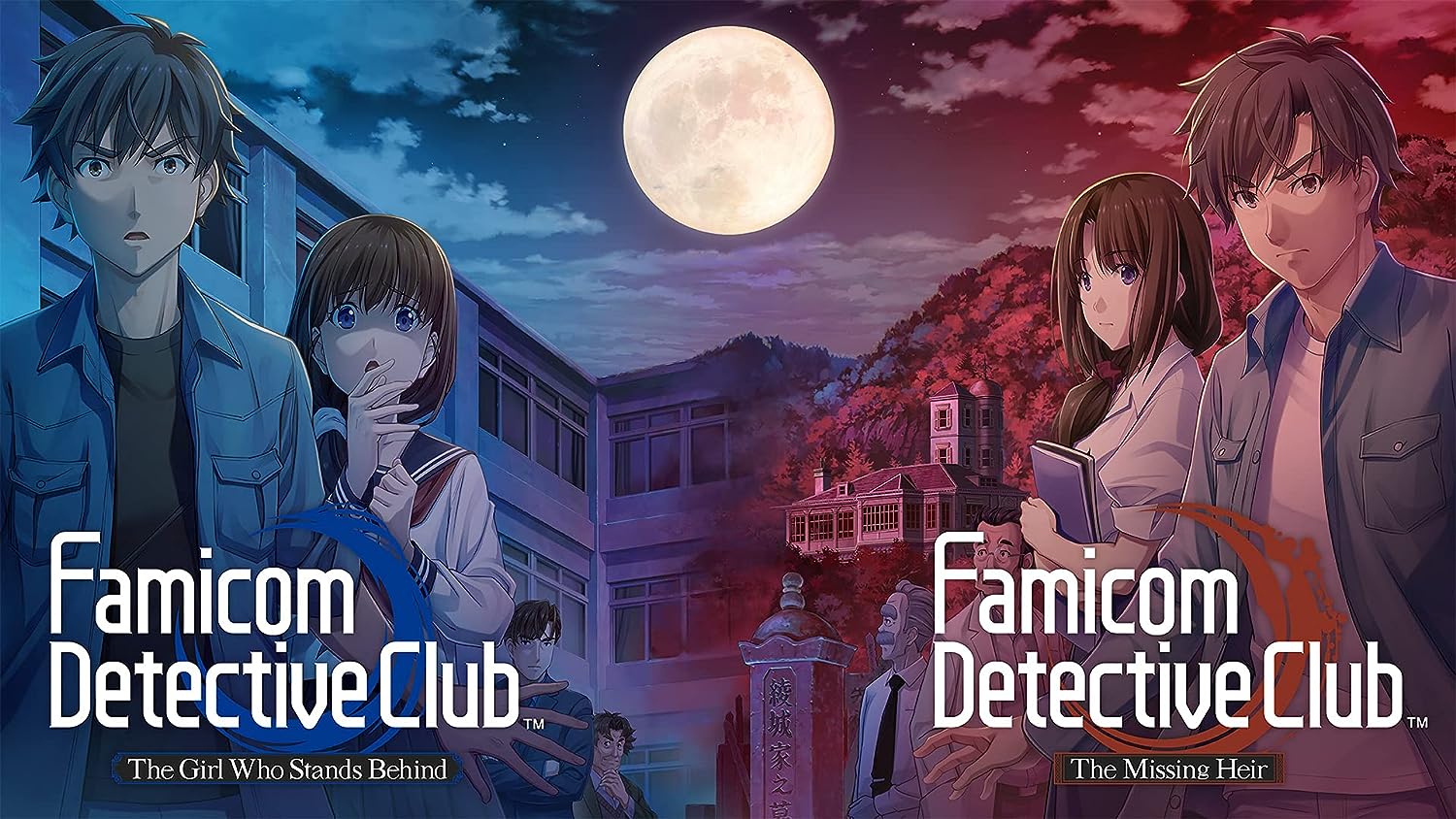 Solve a murder mystery surrounding a wealthy Japanese family.Hunt for clues, talk to suspects, and explore the Japanese countryside after tragedy strikes the wealthy Ayashiro family. Filled with suspense, this tale follows an amnesia-stricken detective trying to unravel his own past amidst the horrors of a harrowing murder investigation. Play at home, on the go, or in your favorite reading nookÃ¢ÂÂonly on the Nintendo Switch system.

Find the secret behind a grisly rumor haunting a Japanese high school.Interrogate suspects and hunt for clues to piece together chilling conundrums plaguing a high school in Japan. Suspense (and a little bit of horror) ensues as you try to free students from their nightmare. Can you figure out who the culprit is...before itÃ¢ÂÂs too late?

Immerse yourself in an interactive visual novel.Press suspects by selecting the right question from a series of options. Uncover clues by moving a magnifying glass around the screen and examining your environment with a press of a button. Get enough information to push forward with your investigation, then access different areas and meet more suspects. Put on your detective hat and leave no stone unturned on your path to the truth.

In the Famicom Detective Club: The Missing Heir game, the mystery begins when a man named Amachi discovers your unconscious body on a cliff in the Japanese countryside. Clouded with amnesia, you learn that you are a detective and must return to your caseÃ¢ÂÂsolving the murder involving the wealthy Ayashiro family. Uncover the secrets of the Ayashiro family, find the murderer, and regain your lost memories.

In the Famicom Detective Club: The Girl Who Stands Behind game, find the culprit who took the life of an innocent girl, Yoko, and rattled her high school community. The victim was investigating a ghost story of a bloody girl who haunts the school and appears behind students. Deconstruct this grisly rumor at Ushimitsu High School and free these students from their nightmare.

Originally released in Japan only, the Famicom Detective Club series has been localized with English text and modernized for the Nintendo Switch system. While the graphics, music, and sound effects have been recreated, players can also choose the original 8-bit soundtrack. Discover a piece of Nintendo history with the Famicom Detective Club series of games.